This collapsible, floatable pane can itself be moved around or stuck on a separate monitor. The Control Bar replaces the old transport bar and numerous toolbars that once cramped Sonar's style. It's customisable, with modules for markers, loop recording, quantise, ACT and more.


You can stick it up top, down below, or float the thing. So, several of the GUI elements can be expanded, collapsed, floated, docked and otherwise rearranged. You can save and toggle between configurations using the Screensets. 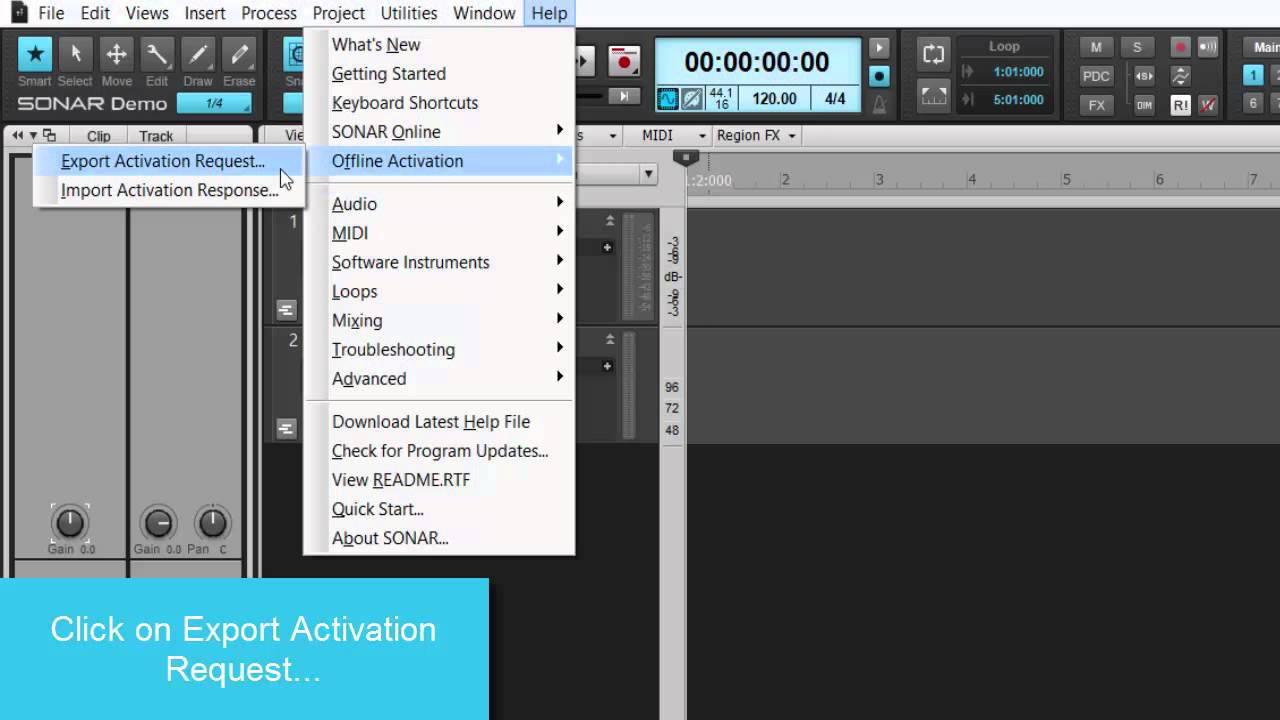 One of the most impressive new ideas comes in the form of Smart tools. Here, a single tool changes functionality depending on what you're doing. It works wonderfully and unobtrusively, switching from, say, a selection tool when hovering over data, to a pencil for notes in the piano roll. You can still choose tools manually, too. Sonar has always had a solid selection of mixing plug-ins, but our expectations have been upped considerably in recent years by third-party efforts, not to mention the SSL-modelled mixer integrated into Propellerhead's Record.

Perhaps taking inspiration from the latter, Cakewalk has blessed Sonar with ProChannel, a powerful channel-strip that's not a plug-in but is instead built right into each channel. It features a superb EQ, analogue-style saturation and some very tasty compression options. The EQ is a four-band affair with adjustable Q, level and frequencies for each band. The low and high bands toggle between peak and shelving modes.

Oh, and there's a Gloss button, which adds "air" at the push of a switch. ProChannel's compressor has two modes. First is the PC76, which is obviously patterned after the industry standard Urei It offers five ratios including an infinite option and attack, release, input and output knobs. This one sports attack, release, fully adjustable ratio and make-up gain, and the ability to perform sidechaining via the built-in high-pass filter or an external input.

We tended towards the simplicity of the PC76, but both sound superb and are not your average DAW-bundled efforts. ProChannel's final trick is a tube saturation emulator. There are two modes, and the parameters are simple: input, output and drive. The sound is terrific, particularly for subtle sweetening.

We can see it being applied discreetly on the master bus. A routing strip at the bottom of ProChannel lets you drag its three modules into any order, and you can place ProChannel itself before or after the track's insert effects bin. You can disable any or all modules, too. Speaking of routing, multiple effects can now be slung together and treated as a single FX Chain you can still access plug-ins individually.

Chains can be stored for later recall, but they can't include instruments or MIDI effects. There is, of course, some new audio and MIDI content, with 1. The content is diverse and of the highest quality. There are plenty of minor tweaks, too.

Clip fades are finally reflected in the clip's waveform display. We also like the Edit Filter, which enables you to show only the automation envelopes that you want to work on there are still no automation lanes, but Cakewalk say they're coming at some point. And there's plenty more that we simply don't have the space to cover! Sonar X1 performed like a champ, even though our test machine with Intel Core 2 Duo 2.


We could run up to 30 ProChannels at once, with the 76 compressor, tube saturation and all EQ bands active - not bad for a below-par setup! Maybe Cakewalk's system recommendations are playing it safe, or they expect users to pile on more plug-ins than we did. Whatever the reason, we suffered no dropouts or other ill behaviour during normal use.


Cakewalk took a big chance with X1 - and it's paid off. Handled poorly, such sweeping changes could have alienated existing users. They may also differ in some instances, should the installer be able to probe your system for a pre-existing VST repository.

The best course of action is to write down the path on a bit of paper or notepad, to serve as reference when proceeding with the steps described below. The path displayed minus the last part, the dll name is the path that your host application Sonar will need to know about. As stated earlier, once the plug-in has been installed, it will be necessary to ensure your host recognizes the installation path, should it not appear listed among your VST plug-ins already. To set the path to the plug-in file, open your host plug-in manager and enter the appropriate plug-in path in the VST scan utility.

This operation is performed slightly differently in various versions of Sonar, so please treat the below as illustrative of the steps required as opposed to an exact recipe. For example, in Sonar 8, open the plug-in manager and click Options. Then click Add, and navigate to the location of the plug-in file on your hard drive the path used by the installer. You will only sign up to get our newsletters, offers and promotions to your inbox.